The Competition Law of Mozambique

This Masterclass will be presented as a Livestream Webinar.

Getting to grips with the new merger regulations and approval process and understanding the Competition Regulatory Authority!

During this exclusive masterclass, you will receive much needed clarity on the powers and mandate of the newly formed Competition Regulatory Authority of Mozambique. You will also understand the new merger and concentration between undertakings process that is required and enforceable.

In addition, we will run through the Competition Legal Regime and Regulations of 2013 and 2014 respectively.

THIS EVENT WILL ALSO BE PRESENTED ON 24 AUGUST, IN PORTUGUESE.

After successfully completing this masterclass, you will:

This workshop is recommended for all companies currently conducting business in Mozambique, either through a Mozambican company registered locally, on a project basis or as consultants / contractors.

DESIGNED FOR THE FOLLOWING JOB FUNCTIONS, ACROSS ALL INDUSTRIES:

Reviews from our Previous Courses:

“This was a well-organised, informative event. Being a small group the level of interaction was hugely beneficial.”

“Well done, African Influence Exchange! The course was very beneficial, we learned a lot and consolidated the knowledge that we already had on the applicability of the law that applies in Mozambique.”

“Once in a lifetime opportunity to listen to, learn from and pick the brains of top industry players in Mozambique.” 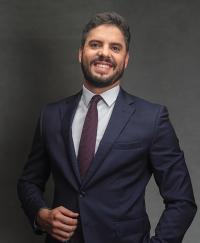 Tiago Arouca Mendes joined HRA Advogados in 2014 and became a partner in 2021. He is a member of the Mozambican Bar Association and the Portuguese Bar Association. He has been advising clients, mainly foreign, on restructuring processes, mergers, demergers, acquisition of interests or financing operations in Mozambique. He assists the clients throughout the complete business life cycle, from the approval of foreign investment projects, to corporate and winding up and/or insolvency procedures, among others. Tiago has advised across different sectors including banking, energy (renewable and non-renewable), extractive industry, insurance, real estate, construction, retail, amongst others. He regularly participates in several articles for international publications (namely on Oil & Gas, Mining, Infrastructures/PPP and Foreign Investment) and also as a speaker in his areas of activity. 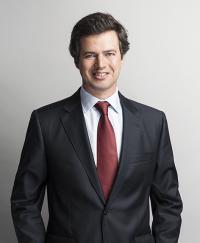 Pedro de Gouveia e Melo joined Morais Leitão in 2002. He is a member of the European Law and Competition team. Pedro’s practice focuses on representing and advising clients on all fields of competition law (merger control, State aid, antitrust investigations and counselling), in a wide range of industries, such as energy, financial services and food & beverages. He also advises on EU law, in particular the Internal Market rules, the Common Agricultural Policy and Structural Funds. He has significant experience in cases before both the Portuguese Competition Authority and the European Commission, as well as in litigation before the European Court of Justice, the EU General Court and the Portuguese courts. He has also worked in cases before the U.S. Antitrust Agencies and the European Court of Human Rights. In recent years he has been active in advising clients on competition law in Angola and Mozambique as a member of the Africa Team, including in cases before each country’s Competition Regulatory Authority.

Club of Mozambique is your online gateway to Mozambique, offering up-to-date information and news relating to business, politics and other economic activities in Mozambique. We are a leading news source, giving global brands access to an affluent online audience through our media partnerships.

HRA Advogados is composed by a team of lawyers registered in the Mozambique Bar Association, recognised for their work in strategic sectors such as banking and financial services, energy and natural resources and domestic and foreign private investment. The firm’s clients may always rely on a balanced combination of knowledge of the Mozambican legal landscape with experience and participation in complex international transactions. The service provided by HRA Advogados is global, responding to the needs of domestic and international clients, both in terms of day-to-day support and in strategic project assistance. The firm’s lawyers have highly relevant experience in foreign investment, banking and finance, regulation, business and corporate and project finance support.

Your Order has been submitted you will be contacted soon! Thank you